FAQsvvoshpje-ca
I am still confused about the ingredients, please tell me morevvoshpje-ca

I am still confused about the ingredients, please tell me more

Our key ingredient, LP²™, creates an environment in your body, that not only enhances and boosts the immune system, but it also empowers it to do what a healthy immune system was designed to do: The immune system protects the body from harmful influences in the environment, like a guard, and is vitally important for the body. It is made up of different organs, cells, and proteins. Aside from the nervous system, it is the most complex system in the human body. LP²™ is comprised of a variety of amino acids, peptides, enzymes, and proteins.

Following is a partial list of some the Amino Acids (one group of important components) verified as present in the LP²™ formulation: Alanine, Arginine, Aspartic Acid, Glutamic Acid, Histidine, Isoleucine, Lysine, Phenylalanine, Serine, Threonine, and Tyrosine.

While it would be technically accurate to refer to them as “ingredients”, we prefer to refer to them as “component parts” or “element parts” because none of the amino acids were added to our proprietary process. They were all produced within it. This is why the product is so unique. The actual number of different amines within the LP²™ product is far beyond that listed above. When asked why one couldn’t simply combine all of the listed amino acids into a mixing process and assume it to be equivalent, we will often provide our “apple analogy” as follows: 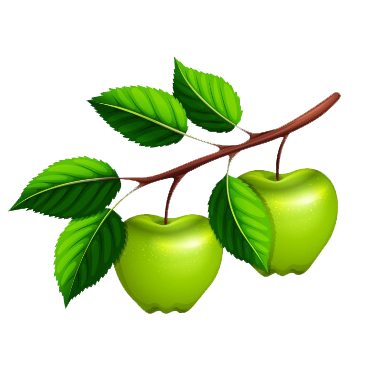 You see, you can only determine and isolate the “ingredients” (component/element parts) of an apple in a scientific laboratory up to the limits of the available technology. Upon determining all that we can appreciate regarding what an apple is comprised of, we still cannot take all of those “ingredients” and reproduce an apple exactly as nature does. Much would still be missing. An apple must be grown using a very complex process in order to get a true reproduction of the apple with all of its benefits intact. Even then, if conditions or resources are deficient or even slightly compromised it may fail to yield the desired result.

“Although a tree is common and familiar to all of us, how a tree grows, functions and its unique biology is not so familiar. The interrelationship of all a tree’s parts is very complex…” – Steve Nixs

How long do I have to take the products to get lasting results?vvoshpje-ca

How long do I have to take the products to get lasting results?

The key question here is the term “results.” We are on a learning curve with this question, with Lyme disease and its co-infections. We had it somewhat dialed in, with the Autoimmune diseases, for years. However; Lyme disease is an entirely different story. We’ve had customers feel comfortable with discontinuing use after using one eight-ounce bottle. While other customers are taking six months or more before they are comfortable going off this supplement. Another more obvious consideration must be, any other protocols that you are taking. Many pharmaceutical drugs; herbs; and supplement protocols; have side effects. Often those very side effects can mimic Lyme disease or its co-infections’ symptoms.

There are many other variables in a person’s overall health to consider as well. Our customers tend to be quite educated about this disease and understand much of what we are speaking of here. Some of them get re-tested and allow their results to define their personal decision. Hence, we are no longer suggesting a standard length of treatment.

At this point in time, the first Licensed Health Practitioner to begin using LymeplexPLUS® specifically for Lyme disease, presently recommends 4-6 eight-ounce bottles on average. As our current case studies are conducted and formally analyzed, and clinical trials get underway; we shall update this section here on our website and our newsletters. And, as we make clear on our Landing Page: we highly recommend that you consult with a Lyme literate, Licensed Health Practitioner; as they can more effectively guide you in making the determination of the length of protocol and causation of remaining symptoms if any are present.

Why are some of my friends having more symptom relief than I am?vvoshpje-ca

Why are some of my friends having more symptom relief than I am?

The variables are broad, with this question, as with any supplement or drug, for that matter. Your practitioner has to take into account the number of co-infections; levels of toxins present in the body; length of illness; how compromised your immune system is; your diet, self-care habits (are you getting enough rest and managing your levels of stress?); level of Metabolic health; number of herbs, supplements, and pharmaceutical side effects; (some mimic Lyme symptoms) and more factors, that your health care provider can advise you on.

Why did I develop a rash after starting the LymeplexPLUS® supplement?vvoshpje-ca

Why did I develop a rash after starting the LymeplexPLUS® supplement?

It is not unusual to see skin eruptions in the treatment of Lyme disease, especially early in the course when Herxheimer reactions appear. It is due to the dissemination of toxins and immune complexes arising in the gut and migrating to the skin, where it causes a variety of dermatitis manifestations. Lyme overgrows the bowel after it attacks the nervous system, and when treatment begins, it breaks down yielding toxins, antigens and immune complexes which naturally migrate to the inert depot the skin, away from vital internal organs and the brain. In the skin, these will often cause rashes, eczema, psoriasis, rosacea, and acne to appear in sensitive individuals. This is usually only temporary, at the start of Lyme treatment, when there is a wave of spirochete loss, often seen when Herxheimer reactions appear, and recedes later on. Pre-existing dermatitis may exacerbate at this stage as well.

Standard treatment of the dermatitis with LymeplexPLUS® serum, aloe, neem, and many other common skin salves is usually effective.